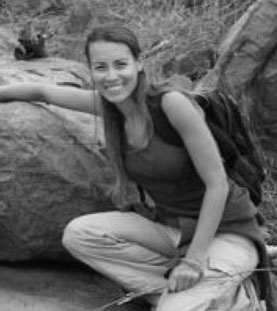 South Africa is experiencing rapid and extensive rates of biodiversity loss, as well as increases in the spread of invasive species; especially within its freshwater ecosystems. Despite these perceived trends, data on species distribution and population sizes is lacking, which greatly impedes conservation and management initiatives. Biological monitoring is a critical component to acquiring this knowledge by amassing temporal datasets on the locality and abundance of species. For vertebrates, traditional monitoring typically relies on the physical identification of species using invasive sampling techniques, which is often problematic for taxa that show plasticity in morphology and are cryptic or difficult to detect due to small numbers, as is the case with many threatened and newly invaded species.  In an attempt to resolve this, I will compare the effectiveness of environmental DNA – a molecular approach that uses a passive sampling technique to acquire DNA from specific species and entire community assemblages – with traditional monitoring techniques to better understand the distribution and extent on priority taxa in South Africa.

As species interact with their environment, their DNA (e.g. via their faeces, skin, scales, urine and faeces) is continuously being shed into their surroundings. Consequently, using a sample of river water, this project aims to detect the presence and abundance of particular species, as well as catalogue community diversity. Preliminary target species are the Critically Endangered Table Mountain’s Ghost Frog (Heleophryne rosei) in the Western Cape and the invasive Nile Tilapia (Oreochromis niloticus) in Limpopo.